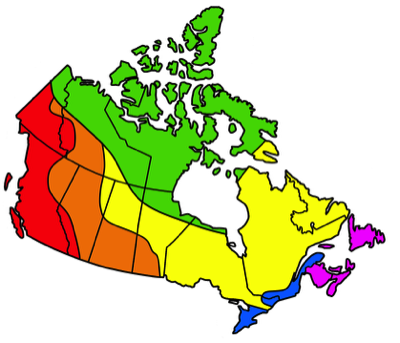 It is important to know what is going on in the world. I know it sounds shocking but there’s a world outside of SportsCenter & ESPN... say whaaaat??. Things that happen across the world can affect us here, just like what happens here in Canada has consequences in other places.

Now, get off Instagram, stop playing your PS5 (for a second) and plug in to what’s going on.

If you ever plan to go traveling it is important to know where you are going. If you don’t know where Europe is, or where the Indian Ocean is, it makes it kind of hard to travel there. Staying closer to home though, it’s also important to know the provinces and territories in Canada. Can you name them all?

Our World Map is Wrong

Flags of the World 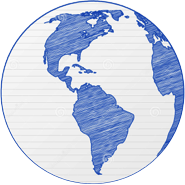 Have you ever looked at a map of Canada? It’s a huge country! We are the second biggest country in the whole world!! From the Pacific Ocean in the west to the Atlantic Ocean in the east, to the Arctic Ocean in the north, there are lots of different regions and environments. These regions, make Canada one of the most interesting places in the world. Check it out!

The story of Canada is rich in detail, story and culture. From the voyageurs to the Aboriginal People and First Nations, from the British and French Empires to the United Empire Loyalists, the creation and development of our nation is a fascinating story which we will be learning about this year. Get in the time machine!

Canadian Confederation was the process in which the Dominion of Canada was created on July 1, 1867. Four British colonies joined together to create this Dominion of Canada. Canada East became Quebec, Canada West became Ontario and they were joined by New Brunswick and Nova Scotia. These four provinces formed the foundation of our country - Canada was born.

Canada steadily grew in size, with more and more provinces joining the country and in 1871, British Columbia agreed to join Canada. There was one condition though - build a railroad that would connect the West Coast to the East Coast. The construction of the Canadian Pacific Railroad connected Canada together and allowed immigrants to settle across the vast country.

CBC Kids: How Did Canada Become a Country?  |  John A: Birth of a Country [Feature Film]

As the railroad spread across the country, settlers and homesteaders went with it. Towns and villages began to appear all across the open prairies. People came from all over the world to enjoy the opportunity to start a new life, with large pieces of land and the freedom of the Canadian west.

150 Years of Immigration [Video]  |  Promoting Settlement in the West

The North West Mounted Police, created in 1873 by Prime Minister Sir John A. Macdonald, was formed to bring law and order to the West and to establish relationships with the First Nations. They were sent West to deal with the criminals and whiskey traders that were taking advantage of the people and the land. The NWMP was Canada’s first national police force and exists today as the Royal Canadian Mounted Police. These Mounties brought law and order to Canada’s new western territories.

Radio      Challenge of the Yukon Episodes

Comics   How Preston Became a Mountie

The Case that Made Him a Sergeant

The Force in the North

Introduction  |  Protecting the Law  |  Life as a Mountie

Stories of the NWMP  |  Modern Mounties

As the decades past, more and more people chose to come to Canada and make a life here. Canada was growing up and the world was changing too. With World War I (1914-1918) and then World War II (1939-1945), what it meant to be Canadian went through some major changes. Students will be learning about the impacts of the two wars, the Great Depression, the Famous Five and effects of a growing patriotism across Canada.

World War I and World War II saw young men from Calgary volunteer to serve their country overseas. The emblems above are the regiments in which many of them would have served.

Profiles of Courage  |  Canadian Stories of Service  |  BBC: What is Remembrance Day?  |  Letters Home from Soldiers

Over the Top - Life in the Trenches (Interactive)  |  Canada's Naval History  |  Democracy at War: Canada & WW2

To mark the 100th anniversary of the beginning of the First World War, CBC Radio’s Beza Seife narrates The Bugle and the Passing Bell. The voices and stories of those who fought in World War One are brought back to life in this 10 part series.

Warning: Some of the content may be disturbing in nature. Parental discretion is advised.

Take a minute (or 59 minutes) to watch this amazing documentary about Canada. It has incredible shots of the amazing cities and landscapes in our country.

Songs to Help You Learn

A video series of 52 stories focused on the stories of Canada's newcomers and immigrants, exploring their histories, struggles and determination.

Establisment of a National Police Force  |  Biographies of NWMP Officers

The Growth of Canada's Map | The Canada Time Series

Learn more about how 5 Canadian women stood up for what they believed in and changed the country forever.